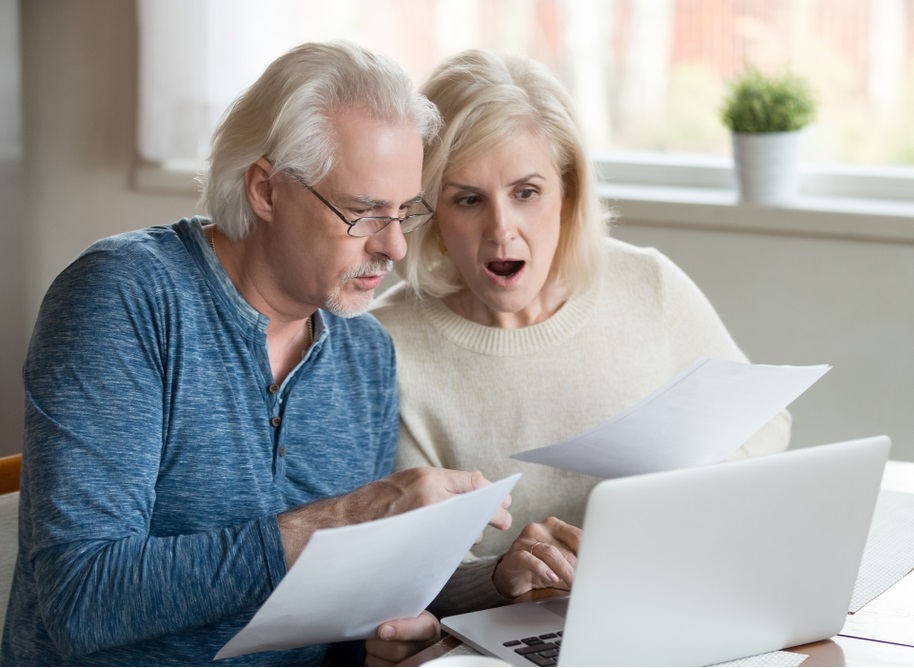 Do You Know About This Common Retirement Mistake?

We have seen this mistake made more often than you'd expect. Further, I'm certain YOU would naturally want to avoid it too if you saw it coming.

So start by thinking of a couple you know and let's say the husband had a pension, and when he retired, he didn't get any qualified financial advice.

On his own, he took his pension with the higher payment (with his wife's consent) which was $3000 a month, plus his Social Security which was another $2000 a month.

His wife also took her Social Security and that was $1000 a month.

Added up, that's $6000 a month of guaranteed income. Not bad for no real planning.

Now the day comes and he passes away and goes up the Stairway to Heaven.

After things settle down, the wife realizes there’s no survivor benefit on the pension. She is shaken to her core.

The pension is now gone and so is her social security. She is only left with his because it was the higher of the two.

However, the $6000 of guaranteed monthly income dropped down to $2000! Do you think she would have liked to know about this in advance of her husband's passing?

Unfortunately, the mistake I am referring to happens with spouses who both have pensions. It happens when only one spouse has a pension...and even to people without pensions.

So what's the mistake?

It’s not only about income today, but income down the road too!

Sounds simple, I know...however, I have seen it so often ignored, it still shocks me after all these years in business.

Since we can't see the future, we can still plan for the potential contingencies, such as the stock market delivering us another 2008 or us having a major health crisis, etc.

Here's what I know...Boomers, more often than not, are focused on how well their retirement money is growing rather than having a more holistic view.

You probably have heard of "R.O.I." commonly referred to Return on Investment. We should be more focused on the "other" R.O.I....Reliability of Income

This helps us plan more holistically for the future, so if you haven't done so already, please consider the ways how your income could be affected in the future.

And that my friend is all I have to say about that!

Have a great day!

Respond to this post by emailing me directly:   artie@retire-usa.com