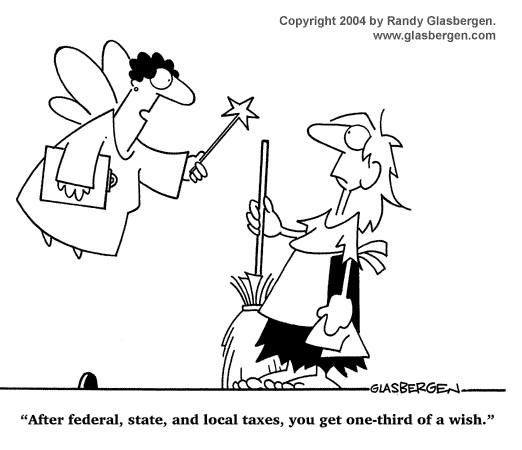 Is Your IOU to the IRS Growing?

It is if you’re saving money in tax-advantaged accounts like traditional IRAs and/or employer-sponsored retirement accounts like a 401(k) or 403(b) plan. That’s because in most cases, your contributions that go into these types of accounts have not yet been taxed.

In addition to that, the funds that are inside these accounts are allowed to grow on a tax-deferred basis – which means that you aren’t required to pay any tax on the gain while the money is still inside of the account.

But we all know that Uncle Sam doesn’t give anything away for free. So, while you may get a tax break up-front, he is actually waiting for that money to grow so that he can take his portion from a much larger “pool” of assets.

And he’s not only adamant about making sure you leave the money in the account until it’s had time to accumulate, but he also knows exactly when he will start getting his portion of his (i.e., YOUR) money.

For instance, if you withdraw funds from qualified retirement accounts (other than with very few exceptions) before you turn age 59 ½, you’ll not only have to pay tax on the gains, but you will also incur an additional 10% “early withdrawal” penalty from the IRS.

But the other side of the coin is that you also can’t leave money in traditional qualified accounts for “too long,” either, because once you turn age 72, you’ll have to start taking required minimum distributions (RMDs).

What happens if you don’t?

You’ll face a penalty from the IRS then, too!

In fact, if you fail to take your required minimum distribution, you can face a penalty tax of 50% on every dollar that you did not withdraw. That can make a big difference on how much you put in your own pocket and how much Uncle Sam puts in his.

Take John, for example. John is 74 years old. He has a traditional IRA account with a balance of roughly $200,000. Because John receives income from a rental property he owns, as well as from some side consulting jobs, he doesn’t need to tap the account to meet his living expenses.

Unfortunately, though, by NOT taking money out of the IRA, it will cost him! That’s because when John turned 72, he should have begun taking required minimum distributions from the IRA. In this case, John’s distribution for the first year should have been $7,800.

When required minimum distributions are not taken (or not fully taken), any of the shortfall will be subject to a penalty of 50% from the IRS. So, in John’s case, by not taking any money out of the IRA that year – when he should have taken at least $7,800 – it “cost” him a 50% penalty of $3,900.

Based on the provisions in the SECURE (Setting Every Community Up for Retirement Enhancement) Act, which took effect on January 1, 2020, Uncle Sam requires you to take at least a minimum amount out of traditional IRAs and employer-sponsored retirement plans when you turn age 72.

Prior to 2020, required minimum distributions were to begin at age 70 ½. At that time, investors were also no longer allowed to make additional contributions into these plans. Starting in 2020, though, the maximum age for traditional IRA contributions has been eliminated.

But Uncle Sam could also benefit from that new rule, too. That is because even though you can keep contributing to these accounts, the end result could actually cause you to pay even more taxes on your distributions.

Because the money in the account continues to generate tax-deferred gains…all of which will be taxable when they’re withdrawn!

So, I have prepared a report entitled,

"Is Your Retirement Plan a Ticking Tax Time Bomb?...How to Reduce (or Eliminate) Your IOU to the IRS"

If you would like a copy of this report, please email me (artie@retire-usa.com) with "IOU" in the subject line. Give me the name and mailing address for you or whoever you would like it sent to. It is a hard copy document, not a pdf.

Best to you always,