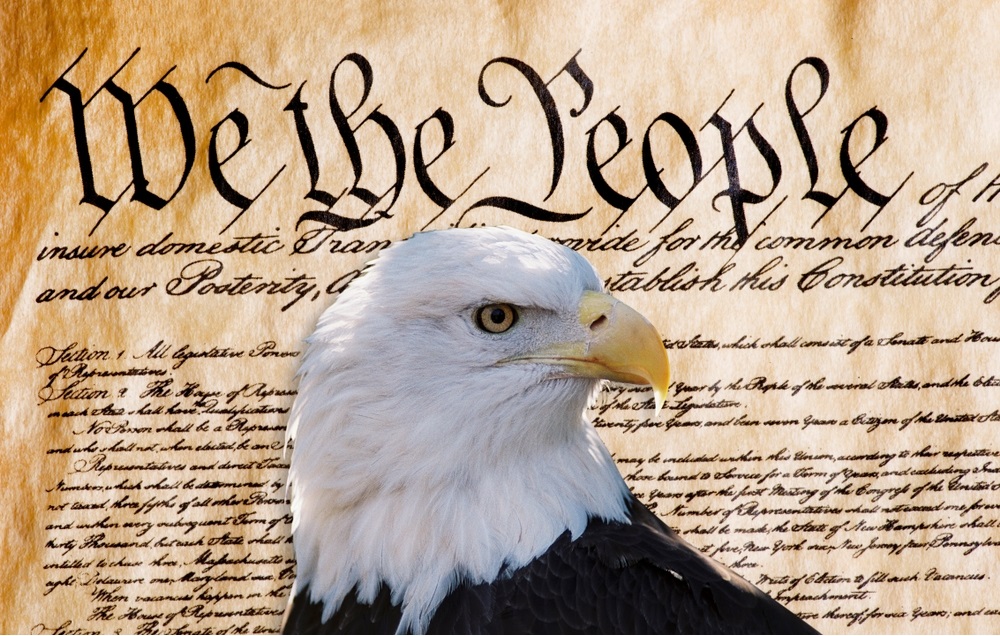 I think we all need to recall the meaning of what it means to live in America, founded on
the words WE THE PEOPLE.

So, what does We the People Mean?

It is found in the very first sentence of the United States Constitution and it says:

”WE THE PEOPLE of the United States, in Order to form a more perfect Union, establish Justice,
insure domestic Tranquility, provide for the common defense, promote the general Welfare, and
secure the Blessings of Liberty to ourselves and our Posterity, do ordain and establish this
Constitution for the United States of America.”

I personally feel the recent demoralization of our nation's values and history that was seen by millions with
riots, NOT peaceful protesting, proves that many people are ignorant of how fortunate it is to
live in a country that honors it's Constitution!

Most Americans have probably learned the basic history of the events
surrounding the Fourth of July. In case you don’t remember the details of this
monumental occasion in our history, I wanted to share it because it is our history as a country.

Looking back to the middle of the 1700s, the thirteen colonies that made up part of the British
Empire in the New World found it difficult to be ruled by a king 3,000 miles away (King
George III). They were sick and tired of the taxes imposed upon them. The colonists
objected paying taxes to England while they had no say in the decisions of the British
Parliament.

They voiced their grievances with England. But rather than negotiating, King George
sent extra soldiers to the colonies to help control any rebellion that might take place.
The following timeline explains the important events that lead to the signing of the
Declaration of Independence and America’s split from England’s rule.

September 1774: The 13 colonies sent delegates to Philadelphia, Pennsylvania, to
form the First Continental Congress. At this time, although they were frustrated with
England, the colonies were not ready to break away from the mother land.

April 1775: British troops advanced on Concord, Massachusetts, motivating Paul
Revere to ride across the land to warn about the approaching English soldiers,
announcing: “The British are coming, the British are coming.” The battle of Concord
became known as the “shot heard round the world” and marked the unofficial
beginning of the American Revolution.

May 1776: After trying to work out their differences with England for almost a year
without any success, the colonies again sent delegates to the Second Continental
Congress.

June 1776: Realizing their efforts were hopeless, Congress decided to become free
from British rule. So, they formed a committee to create a document declaring
independence from the crown – the Declaration of Independence. Thomas Jefferson
headed this committee, which also included John Adams, Benjamin Franklin, Philip
Livingston, and Roger Sherman.

June 28, 1776: Jefferson presented the first draft of the Declaration of Independence
to Congress.

July 4, 1776: After various changes to Jefferson’s original draft, Congress voted in the
afternoon on that day. And, of the 13 colonies, 9 voted in favor of the Declaration;
2 (Pennsylvania and South Carolina) voted No; Delaware was undecided; and New
York abstained. John Hancock, President of the Continental Congress, was the first to
sign the Declaration of Independence.

July 6, 1776: The Pennsylvania Evening Post printed the Declaration of Independence.

July 8, 1776: In Philadelphia’s Independence Square, the first public reading of the
declaration took place.
The colonists rejoiced when they heard it. The bell in Independence Hall (then known
as the “Province Bell”) would later be renamed the “Liberty Bell” after its inscription:
“Proclaim Liberty Throughout All the Land Unto All the Inhabitants Thereof.”

August 1776: While the signing of the Declaration of Independence started on July
4th, it was completed in August. Even so, the Fourth of July was accepted as the
official anniversary of United States’ independence from England. A new nation was
born.

July 4, 1777: The first Independence Day celebration took place in Philadelphia. People
rang bells and lit candles and firecrackers. Now, although the colonists started
celebrating their independence from Britain in 1777, the War of Independence lasted
until 1783. And while Congress made Independence Day an official holiday that year,
it wasn’t until 1941 that the Fourth of July was declared a federal holiday.

During our Independence Day celebrations, while we enjoy spending time with our
family members and friends, we also should take time to think how fortunate we are to be
living in our great country and what the term WE THE PEOPLE means!

HAPPY 4TH OF JULY and best to YOU always!!!!