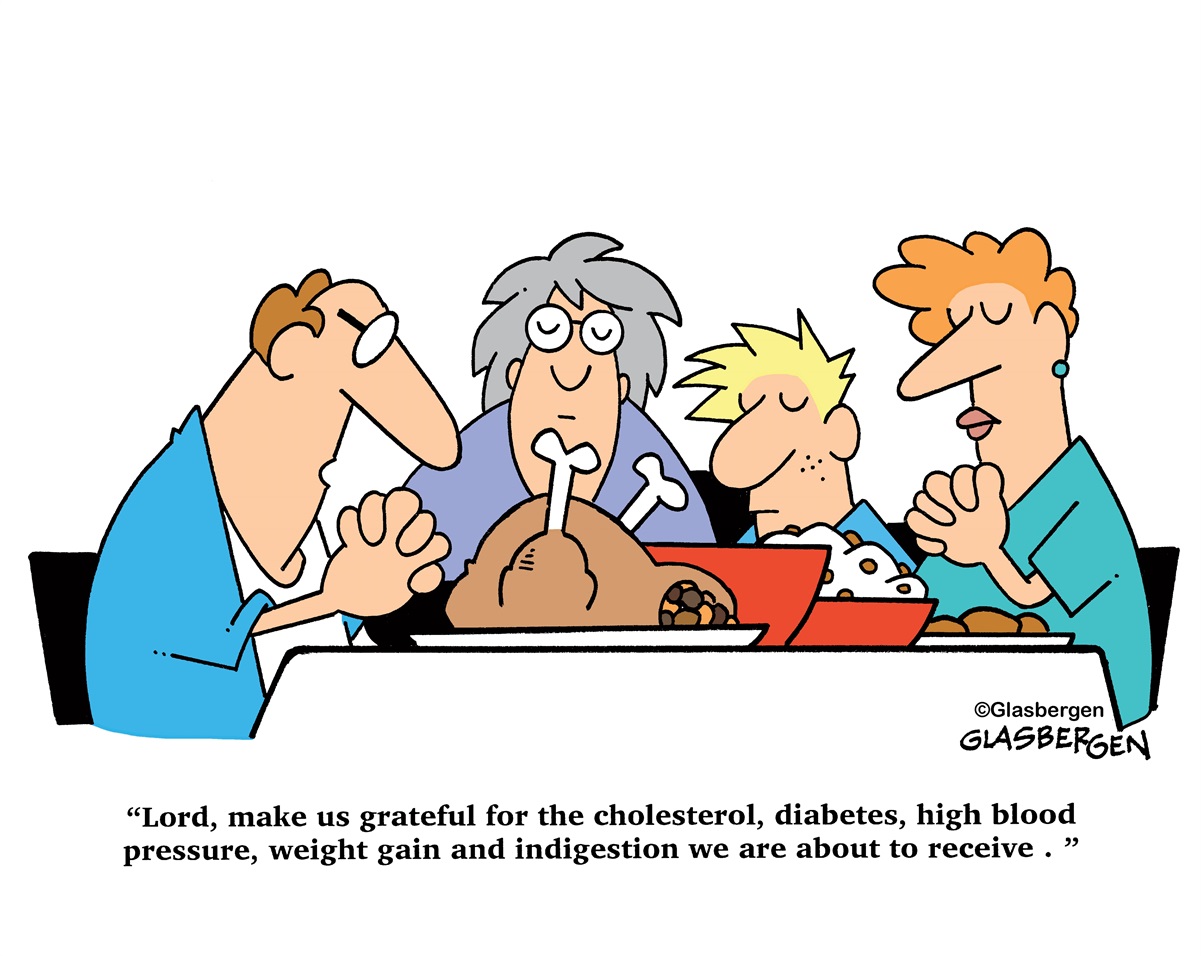 WHY Is Thanksgiving Such A Binge Fest?

Thanksgiving IS a binge-fest.

Ever wonder why we not only allow, but plan to give in to our gluttonous selves on the last Thursday of November?

Why is Thanksgiving all about the pumpkin pie?

Man, we’ve taken this holiday and made it all about stuffing our senses like we stuff that bird.

Ever think it could be stress related because stress is a huge trigger to overeat.

This day brings on not only the bad stressors of travel, broken routines, extra time in crowds, and the like.

It also brings good stressors like spending time with family, baking and cooking, writing out cards, standing out in the cold while you watch your alma mater annual football game. And other wonderful things, that take extra energy and can be draining.

Your world is disrupted.

Is it possible you’re overeating at Thanksgiving because you’re out of routine?

Anyway, that was just a thought.

Tomorrow is DEFINITELY the highest calorie day of the year!

So here are a few things to note while you are indulging 😊.

HAPPY THANKSGIVING TO YOU AND YOURS!!!